made with students from different european countries

during the workshop EASA 2015 Links 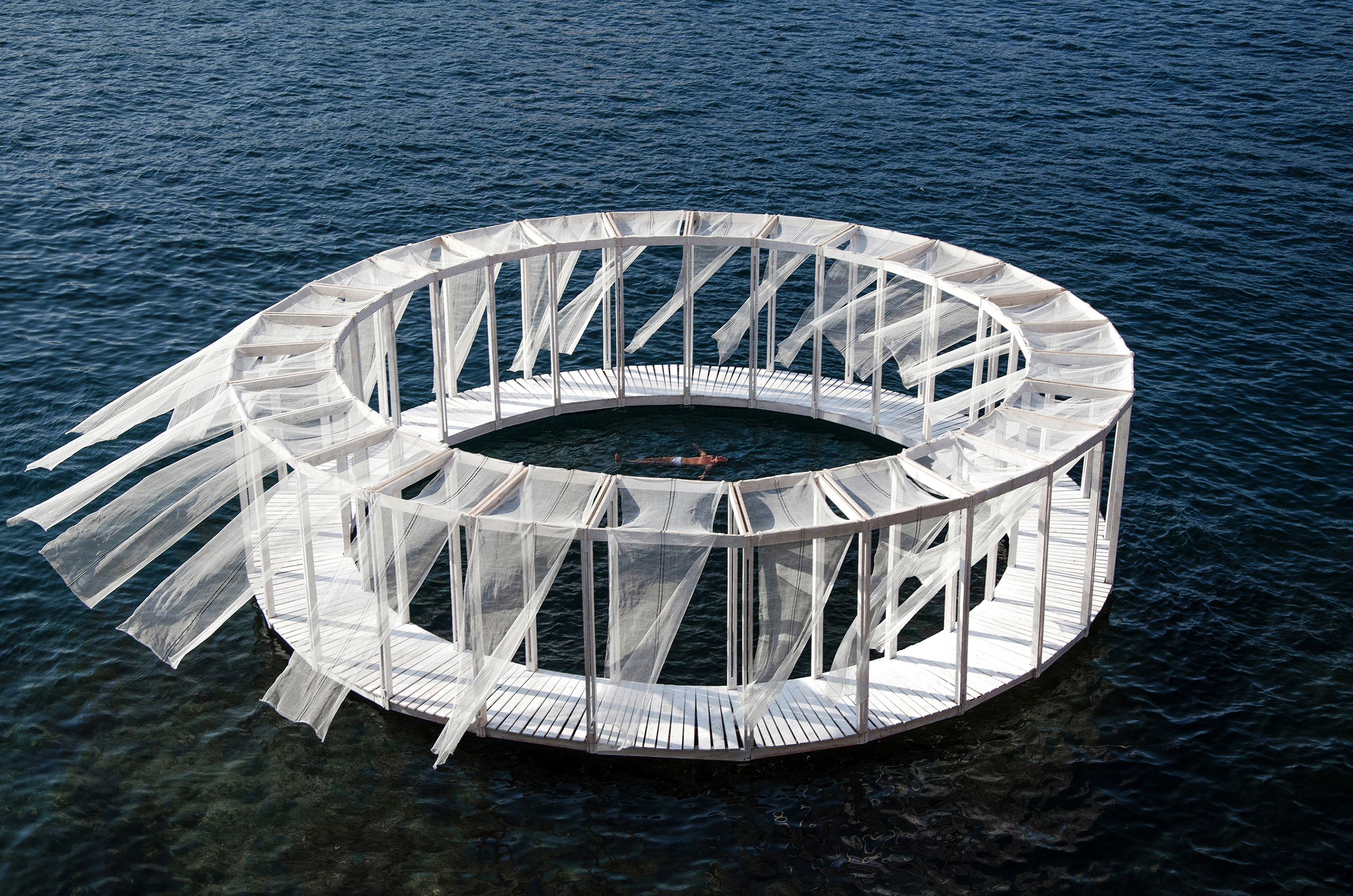 Antiroom II is a floating island on the sea of Malta.

Antiroom II is an unreachable surface from the ground,
only accessible by swimming or by boat. 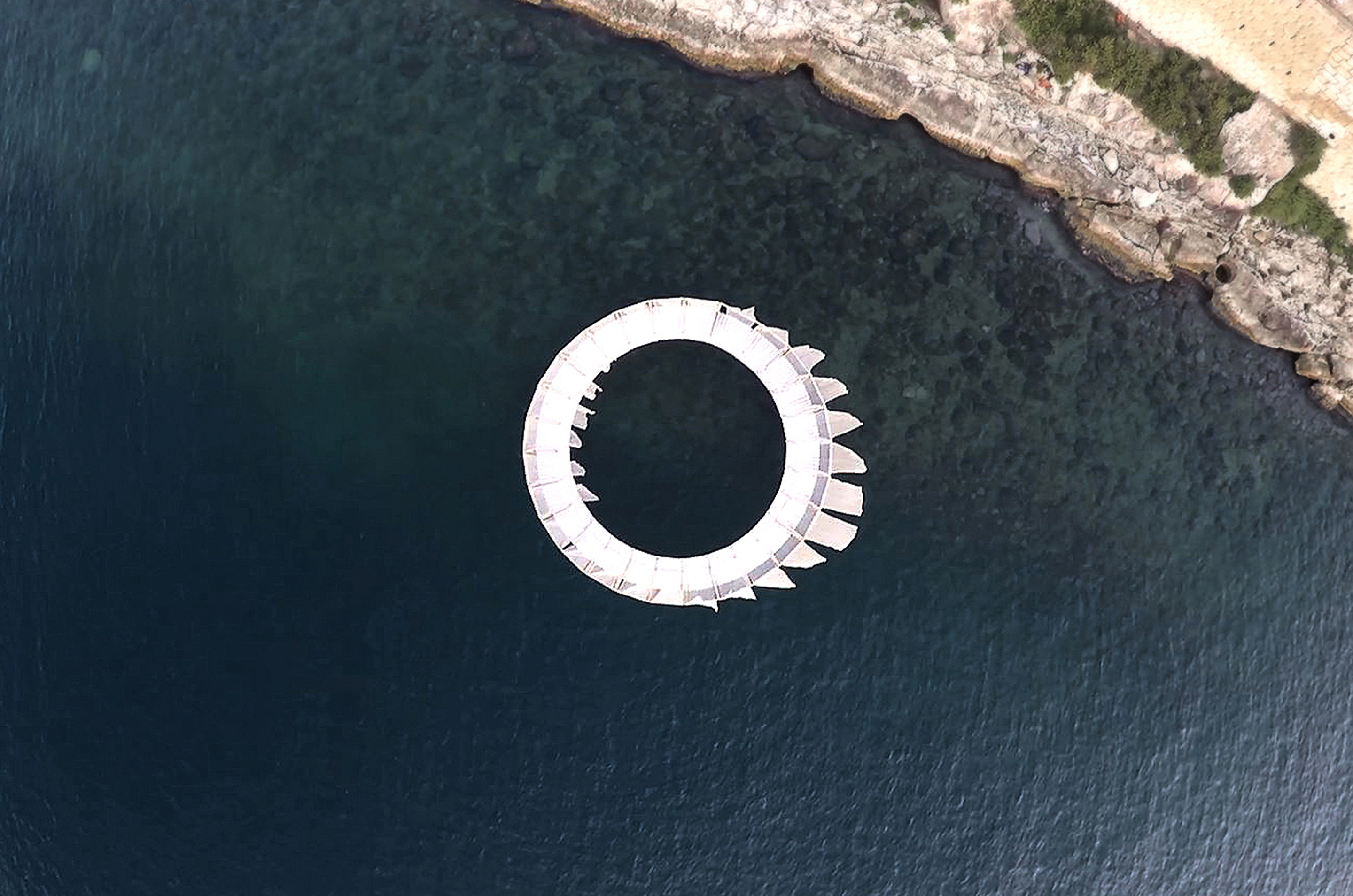 The wood structure creates a space separated
from the vastness of the unlimited sea.
Its center defined as a small secure water pool. 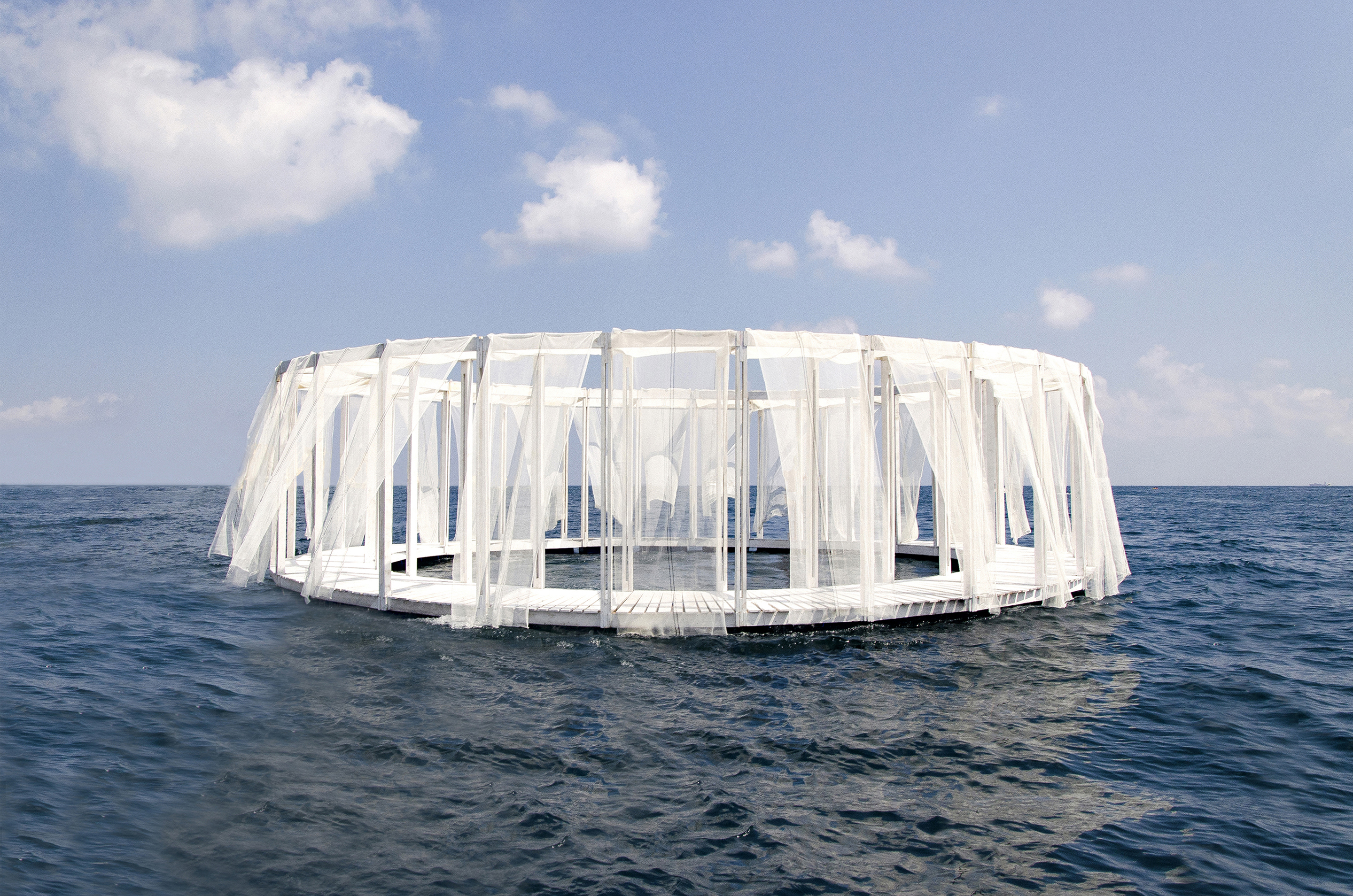 Antiroom II is a never-ending stoa,
an eternal circular temple. 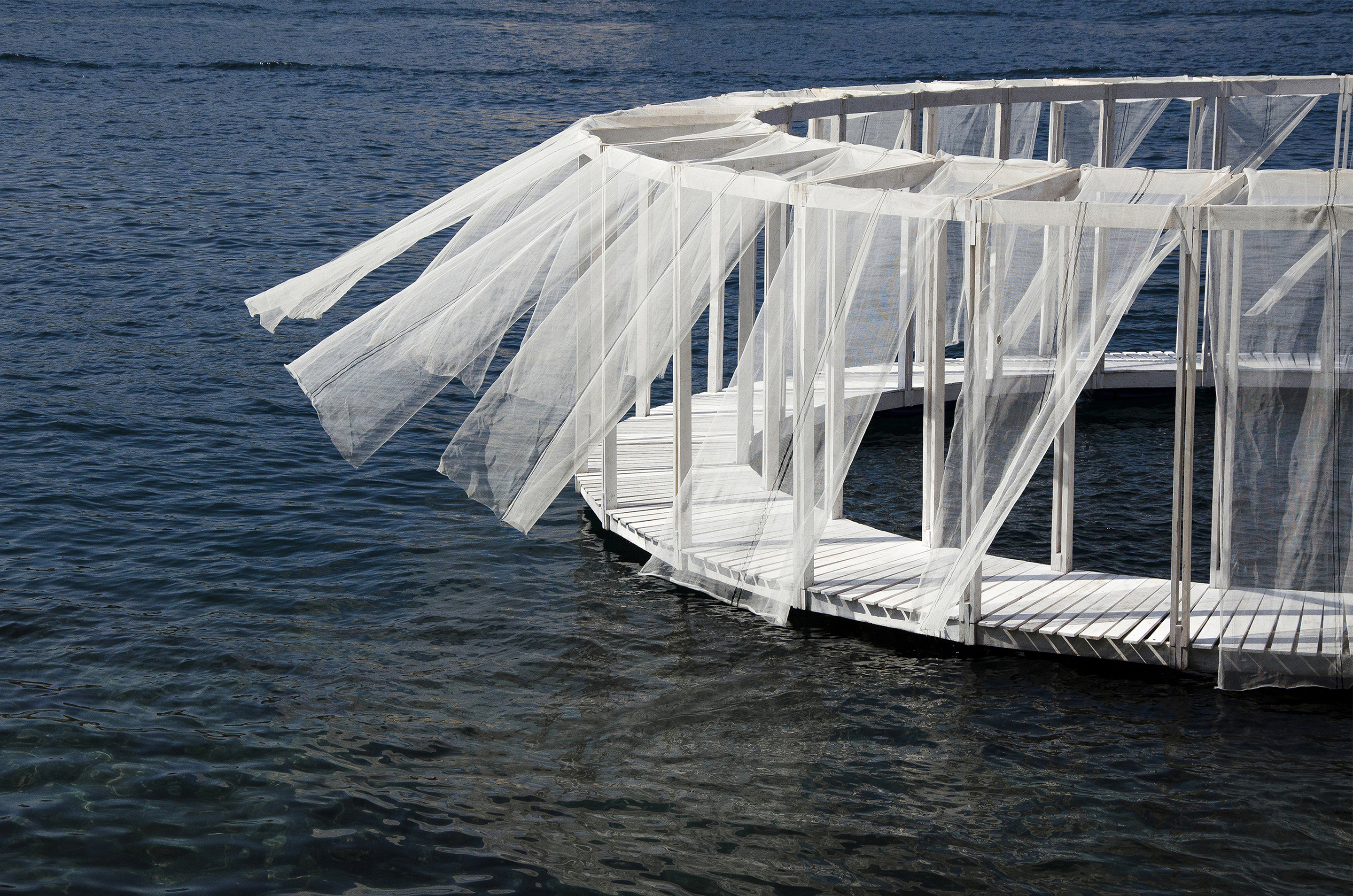 Antiroom II is a white space floating on the blue water,
as the white clouds floats on the blue sky. 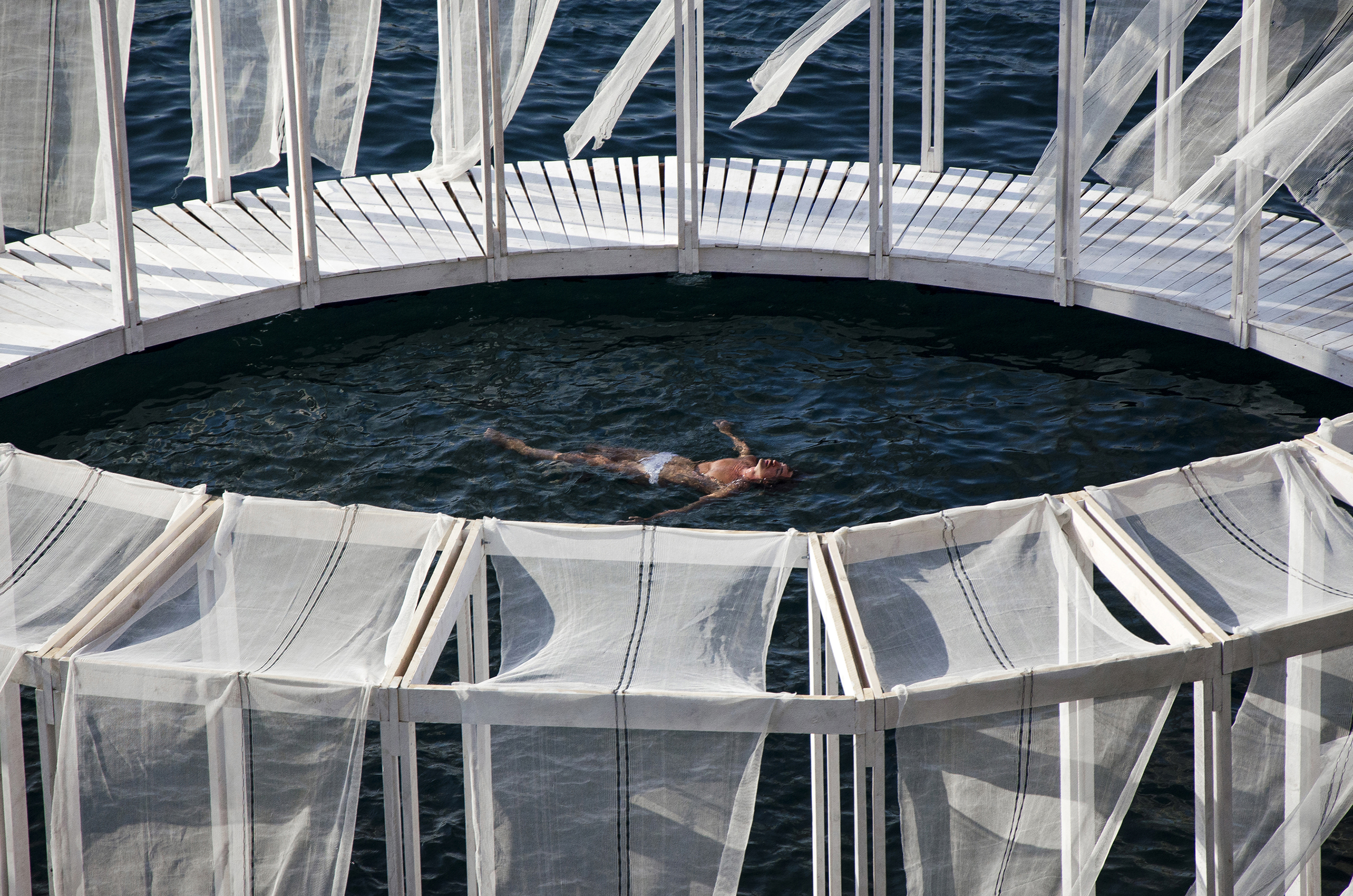 Antiroom II remains light and gentle
through its floating and instability. 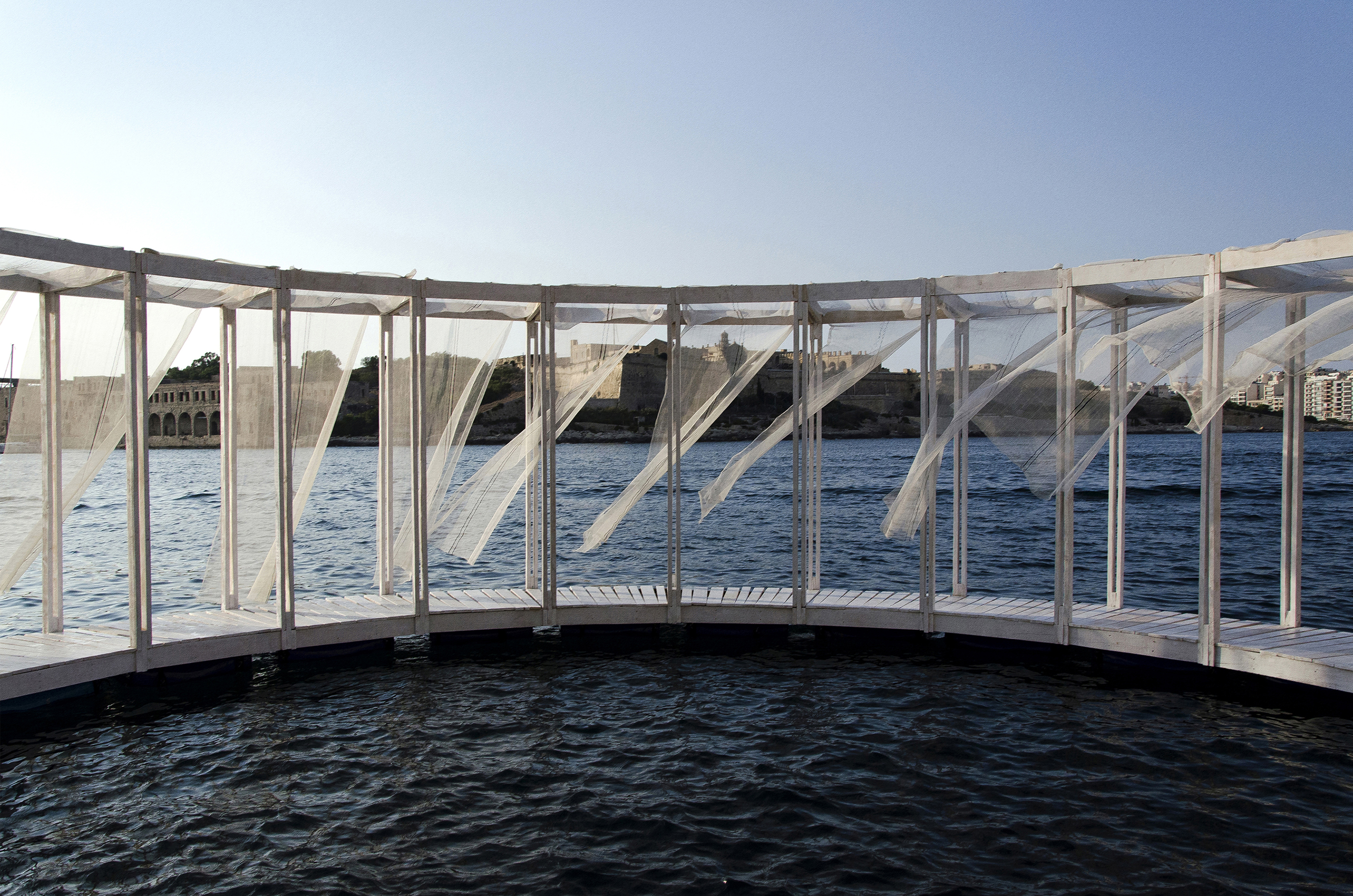 One can enter its core, contemplate its structure
and express his unity with the sky and the cosmos. 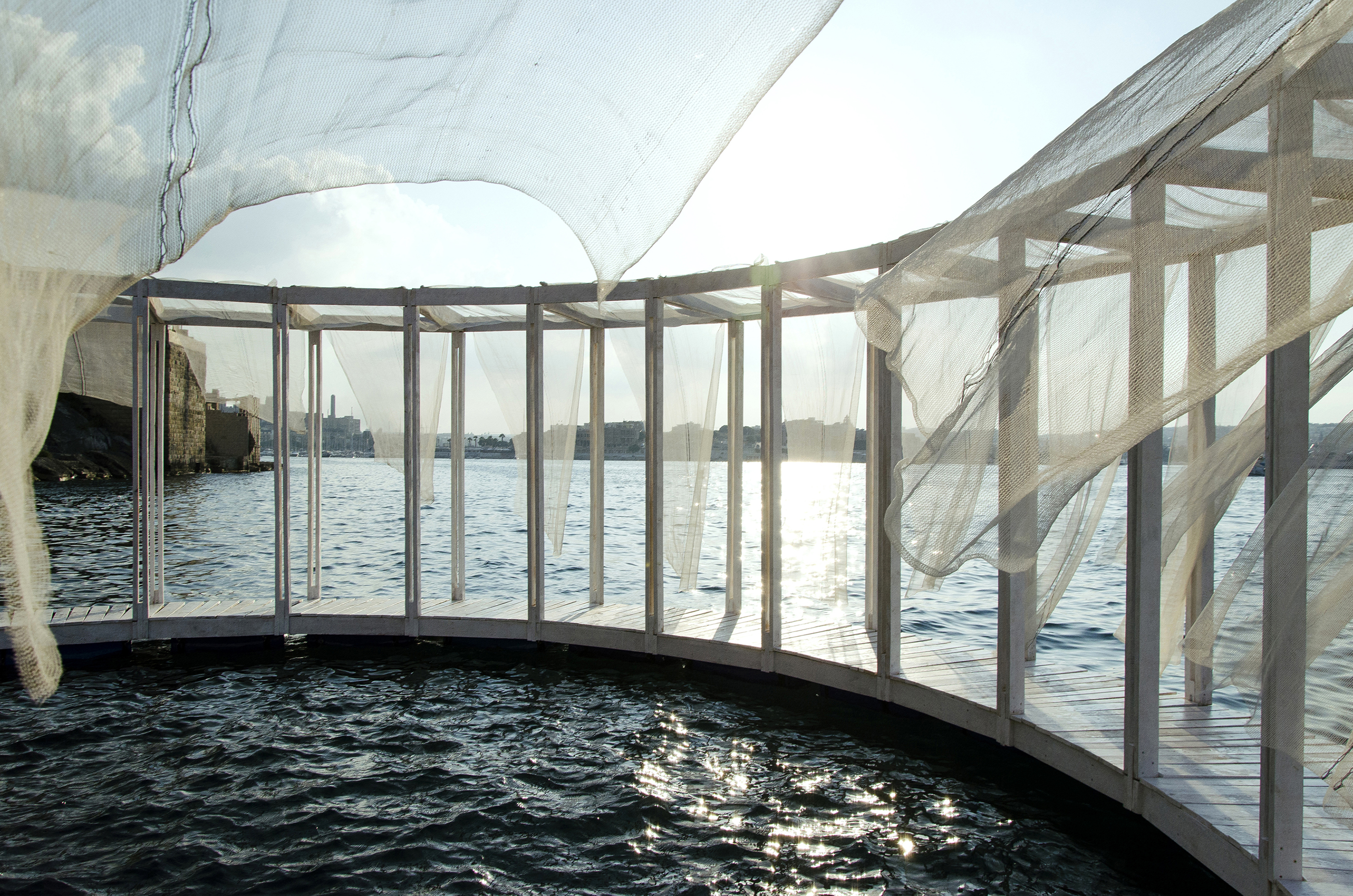 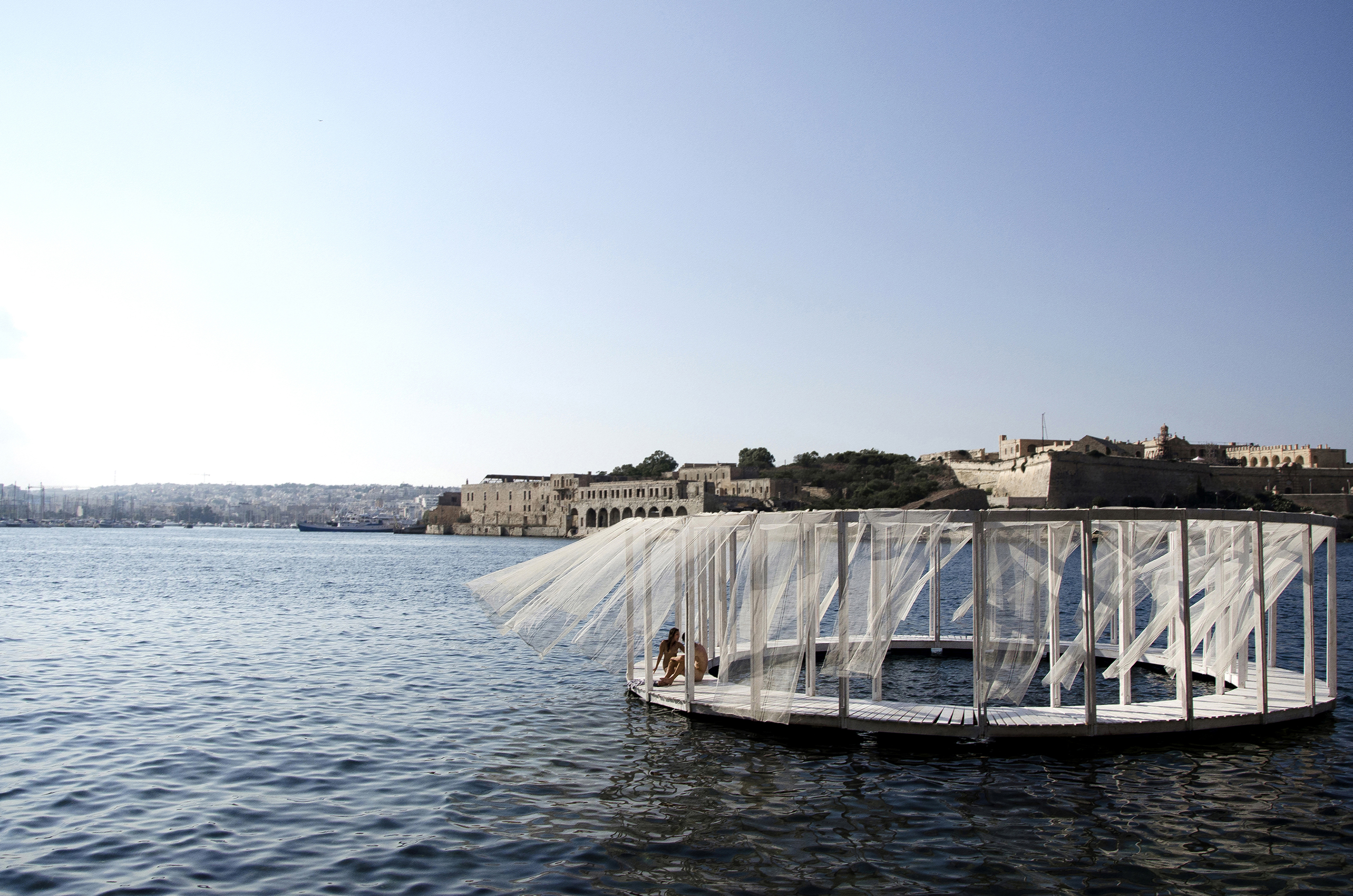 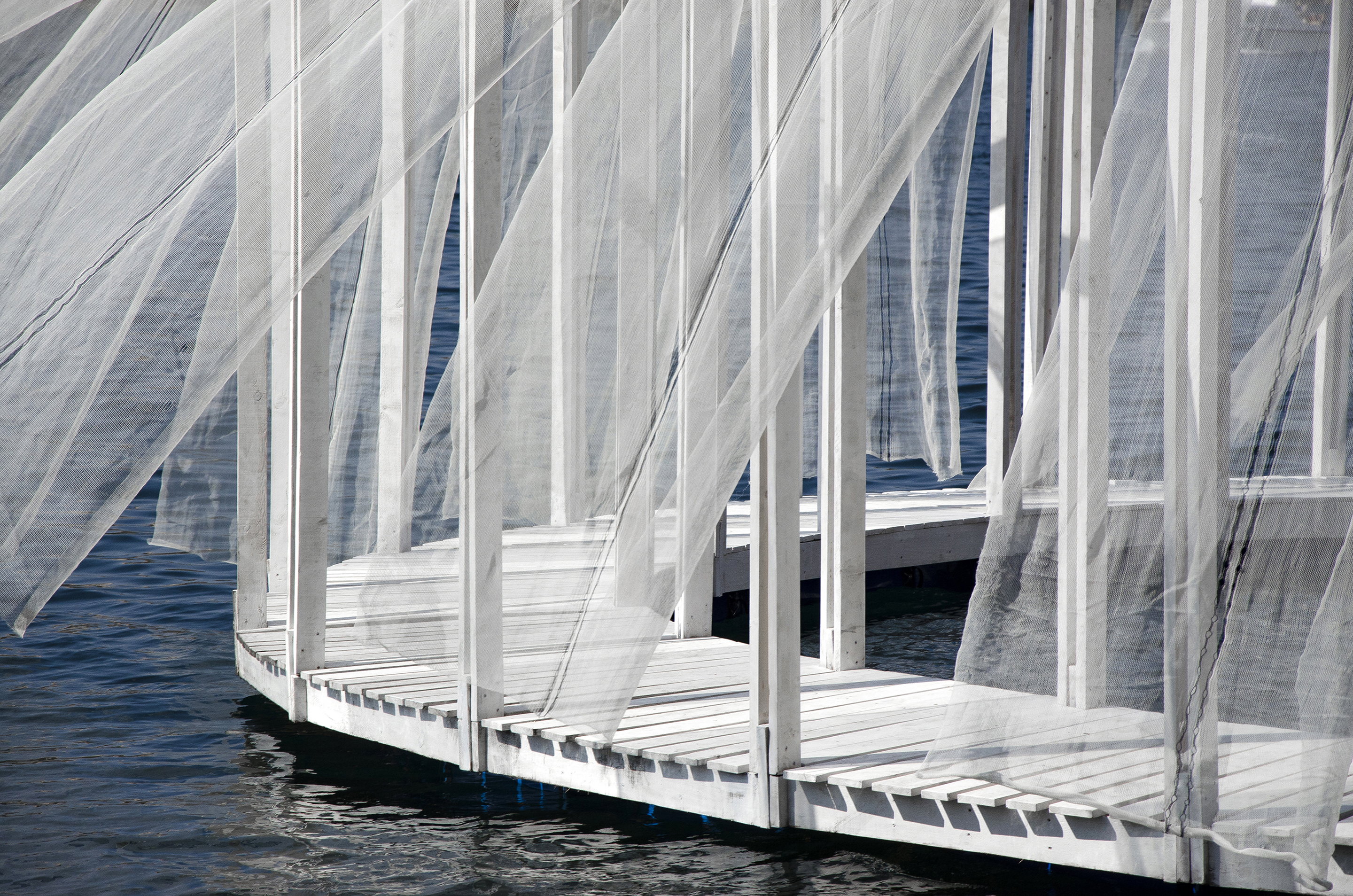 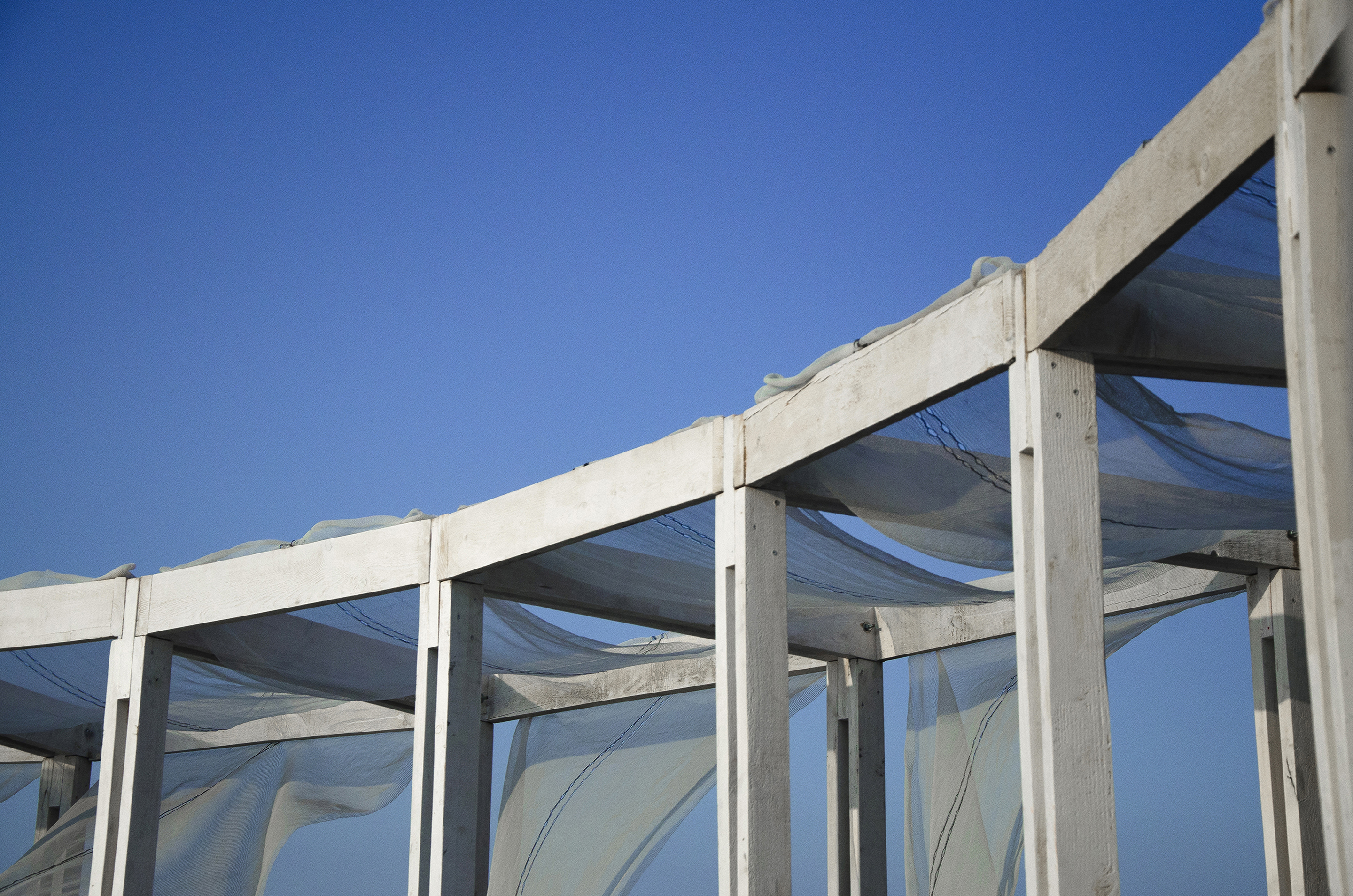 Antiroom II can float and move slowly away,
as a new isolated world,
in the sea. 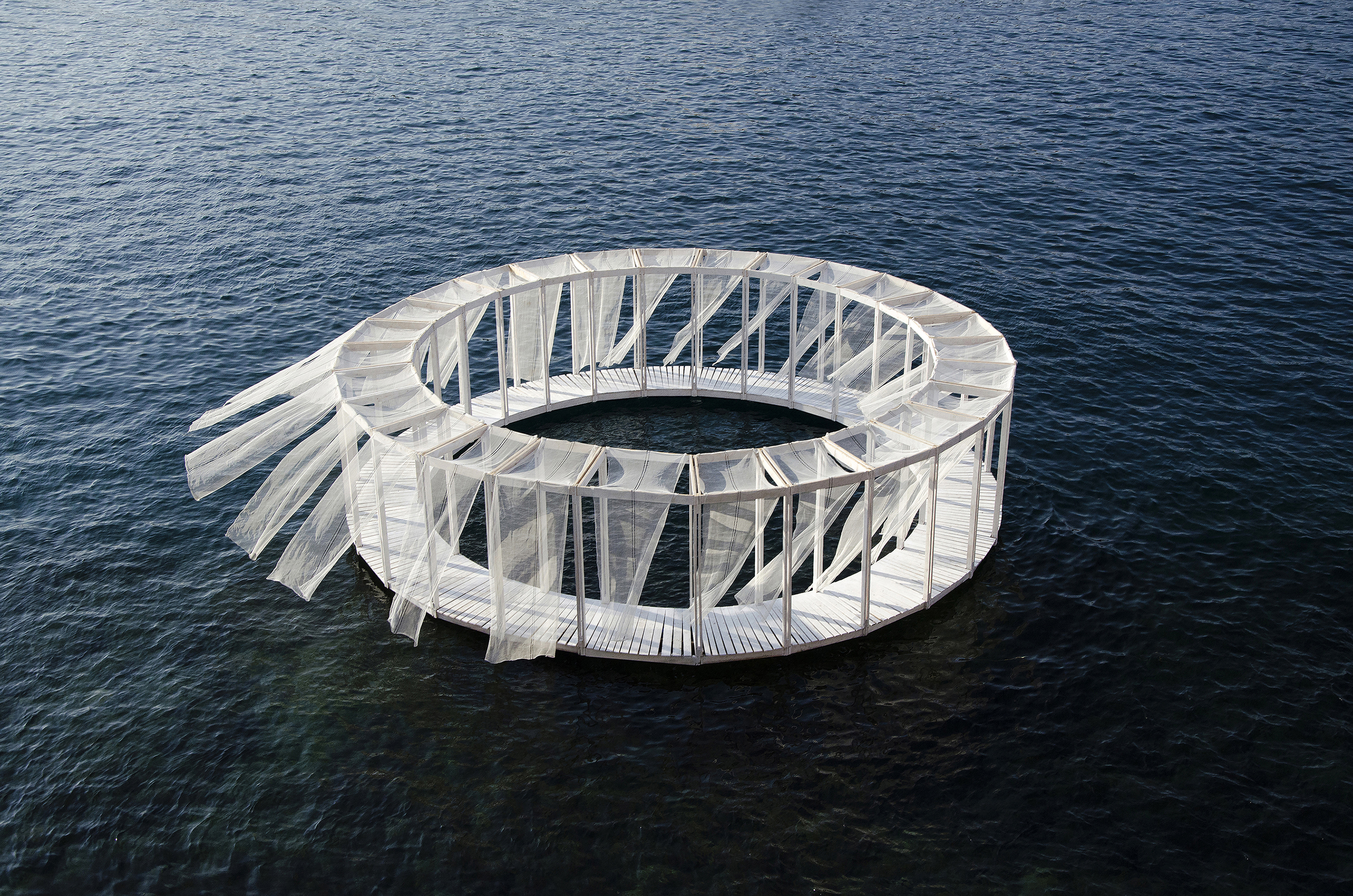 “It is true that I do not leave my house, but it is also true that its doors (which are infinite in number) are open day and night to man and animal alike. Anyone who wishes may enter. One will not find feminine extravagance here, nor gallant courtly ritual, just quiet and solitude. Here one will find a house like no other on the face of the Earth. (They who declare that in Egypt exists another similar are lying). Even my detractors admit that there is not a single piece of furniture in the house. Another ridiculous tale claims that I, Asterion, am a prisoner. Need I repeat that there are no closed doors? Should I add that there are no locks?” 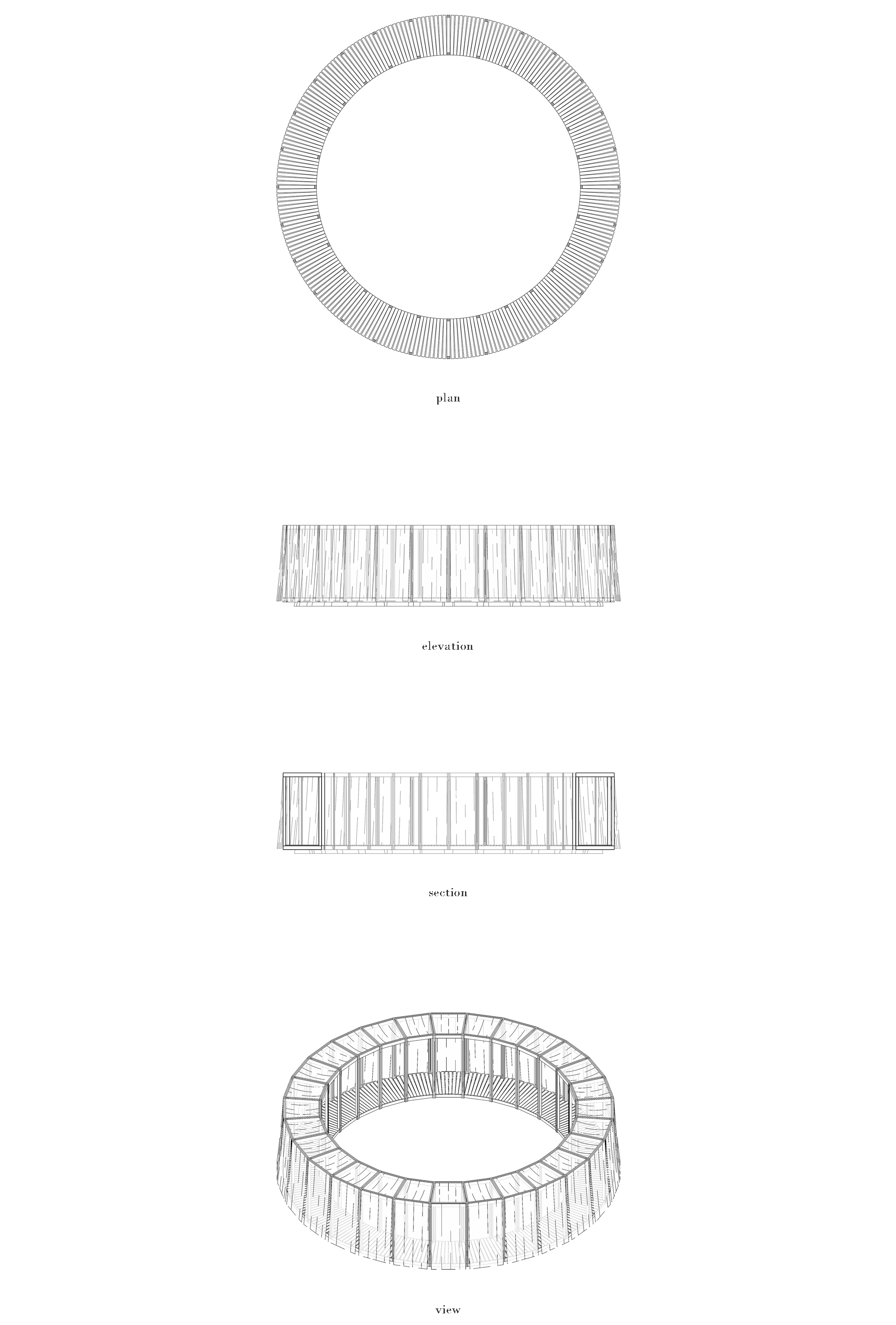